Many already know what lies behind those woods, over that hill, or on the other side of the waterfall. Some would even imagine sailing, traveling, diving or climbing together with their travel buddies. Everywhere can be accessed already with the use of Google given that traveling has become a trend these days.

My fellow travel buddies James Arthur Adalim of ASANASADsiJAMES, and John Jay Bacon of Wandering Feet PH, were introduced to caving by renowned Cave Master behind Trexplore The Adventures, Sir Joni. We got the chance to try an extreme activity that goes beyond the wild, unrecognized by the public, unrecorded by satellite – somewhere not many would dare to go. I was kind of hesitant at first; I mean, why would I venture into something as extreme as caving? There’s nothing calming on such kind of activity, however, for some reasons I found myself jumping on such rare opportunity. Come to think of it, it’s not every day that you get the chance to see the beauty inside those caves. I knew then that this was beyond what I was looking for.

What it feels like being disappointed with your own adventure? 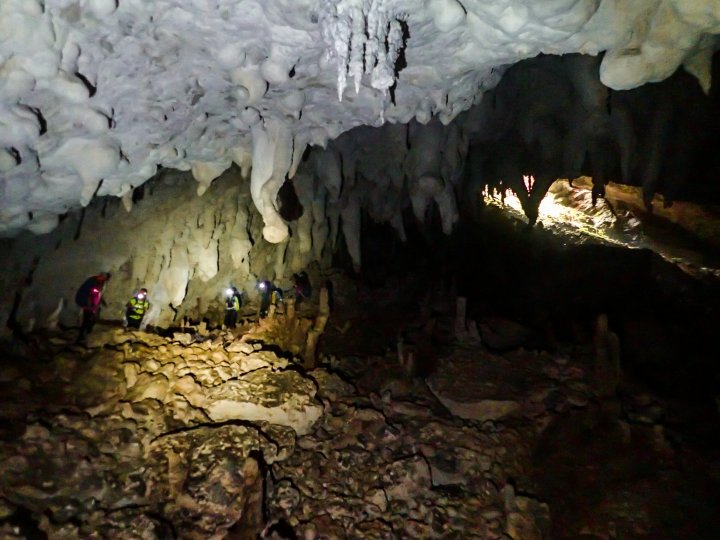 We entered the cave and walked towards the campsite for almost an hour. The beauty and variety of nature above ground are totally different from the dark realms of the underground. For the first time, my body and soul were adjusting to this kind of activity because I simply had no idea on how I would react being underground. I admit, my excitement went adrift. I was disappointed. This was not the adventure I am expecting. What am I doing here?

However, it was too late to back out. Reflecting over it, the activity seemed to be a great opportunity for me though to experience something new and something that is not trendy.

When we finally arrived at the campsite, after going through the slimy, squishy, and heavily muddy grounds, I began to question myself whether I would like to continue. At that moment, I wanted to remain where I was and not move a single step. However, I had to continue know. I need to know what lies beyond those dark caverns.

While others were busy setting up all the necessary camping equipment and preparing food for dinner, we began to socialize with one another (and it’s a healthy habit). Right then, we slowly got comfortable with the presence of each other especially when we were associated to do the activities. 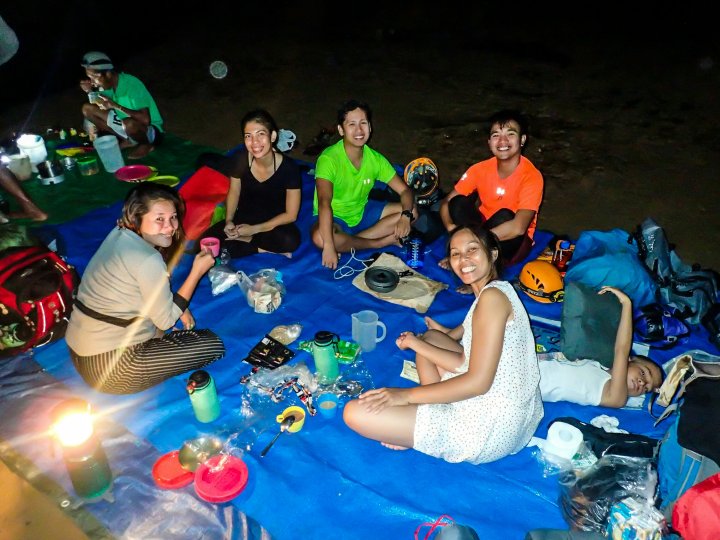 After we shared our early delectable dinner inside the cave, we took our rest so that our body and soul will not be surprised by the activity that awaits us. I didn’t know exactly what to do. The only thing that has been kept inside my mind is the enthralling activity that we are bound to do in one of the biggest cave systems in the Philippines – Calbiga Caves of Samar. Yes, it’s even dubbed as one of the biggest cave system! Can you even imagine that? I can’t.

What if feels like being wrong with your own judgment?

When the activity started, we had a brief discussion about the cave and we were informed that the activity will take us 4-5 hours. When caving, two types of equipment are absolutely necessary. The first one is a good light source. Everything is inevitable invisible underground thanks to the absence of light. But you’ll be amazed how quickly your eyes adjust when you are underground.

The second one is the helmet. Of course, who wants to hit their head when it is too easy to turn in the wrong way. Honestly, I even hit my head even I did wear my helmet for I was not able to see the way clearly.

Things went fine while we were venturing underground. I find it weird when I found myself surrounded by an environment that is in fuzzy divergent to anything you will have seen above ground. No wonder the cave is dubbed as the biggest cave system in the Philippines; it’s indefinably vast! The cave is completely enveloped with different kinds of speleothems; a structure formed by the deposition of minerals from water. It is radiometrically sculpted there that you will be filled with awe.

I was completely wrong with my own judgment. My disappointed mood swiftly turned to amazement. I couldn’t imagine that such an amazing beauty exist in the underground world. The cave itself contains many different formations made by a stalactite or stalagmite. Like everywhere our headlamp points to illuminate the cave, we were starstrucked.

The stalactite and stalagmite did extraordinary things in the cave. Sculpting it into different formations that can bring on the appearance of a frozen fountain (I even wished it was made of chocolate fountain because I was really hungry that time), and a curtain-like pencil-thin straws that developed down from the ceiling to shine and luminescent in the light of headlamps. I felt I had been given the chance to witness a whole new world. This was the beyond I was looking for the whole time.

Some of the famous rock formations inside Gobingob were the gigantic Stage, Window to Heaven, and the snowball like formation. We passed these amazing formations one by one. To my surprise, there are many beautiful things this cave could offer; most especially when we have to conquer every mountain inside the cave. Yes, there were mountains inside! Not the kind of mountains we see above ground with lush green scenery, it is different from the underground. We have to pass through the ascending and descending steep boulders kind of trail. Imagine squeezing yourself through a narrow vertical crack with nothing but darkness ahead, a bizarre wall formation jammed hard against your back and the opposite wall hemming you in from the front.

I never thought caving is such a physically strenuous activity. Navigating through it requires climbing, and contorting your body into an unusual positions. I got myself into places where I am very uncomfortable, I feel so non-native and so absurd that all I could do was disbanded into a hysterical laughter during the activity every time we took our rest.

The activity got me so exhausted. I noticed my breathing was faster and deeper than normal. I was hyperventilating! I began to feel a quick creeping sense of panic that maybe claustrophobia or the cause of exhaustion of being in a situation that I have no control over. I immediately asked my companions if I could take a quick rest until I can grasp some air and fully recover.

In my mind, we have tackled halfway around the cave. I told myself to calm down, relax, and take a deep breath. I’m a hundred feet away from the ground and should stand the shit out of me to continue the activity. 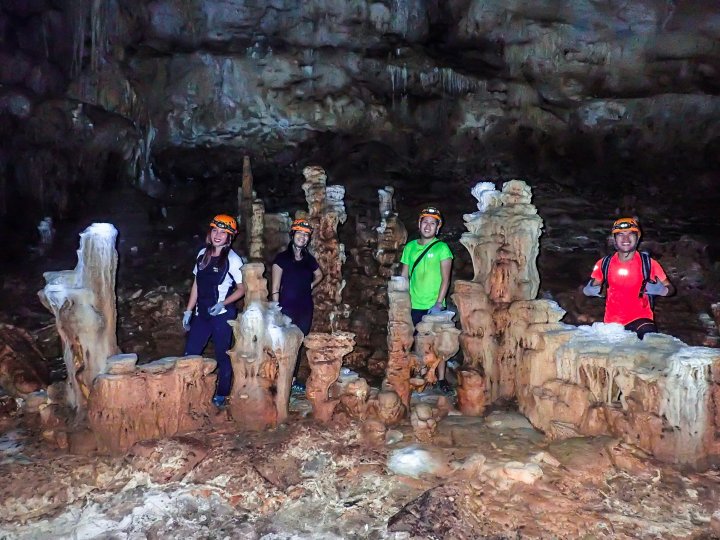 Yes, I stood up and continued the activity. All I could hear were our scuffled breaths. Exhaustion really got me but, I got alive and my energy went back when Sir Joni said we were almost at the end of the cave, meaning we were almost done.

My heartbeat pounded so loudly in my ears and I started to feel nauseous, even my palms broke out in a sweat. Still, I was curious. I couldn’t even wait to conquer the biggest cave system in the Philippines. It is going to be a great challenge to all of us.

What it feels like exploring the biggest cave system in the Philippines?

Caving is not just a question of walking or crawling or slithering. It’s like doing a puzzle activity in dark passages. When we almost reached the bottom of the known biggest cave system in the Philippines, our pacing went faster than normal. I can tell that I’m not the only one who was exhausted, we were all exhausted.

Again, my brain went racing in panic. How do I do this? How do I conquer the fear that I will never get over this or through this? I had to find a way, work out on how to push, pull and stretch myself to get throughout those gaps.

After climbing, squeezing and squirming our way into the openings of earth’s different rock formations and witnessing the many fascinating, sometimes very large and beautiful caverns under the surface, we finally reached the dead end of Gobingob Cave — the largest caving system in the Philippines!

The excitement and sheer adventure of seeking out the obstacles and the satisfaction of overcoming it are more than enough as a motivation.

I experienced wonder, disbelief, and pure adrenaline-charged joy all together. I, then, discovered that my body could do things I had no idea I was capable of (HAHAHA!). Moreover, the sense of success after completing a particularly challenging passages of the cave. But more than that, I discovered how much jaw-dropping the beauty inside I would have missed had I allow fear to overpower me. At the end of the activity, just expect to be physically and mentally astounded. Not to mention being prostrated and sore after.

BE A RESPONSIBLE CAVER

CAVING is one of the purest and most flawless adventure activities. Please treat the cave with strong respect because many of the formations you find in caves have taken thousands of years to develop. Yes! Thousand of years! Do you know that a careless nudge can destroy them in an instant? Also, carry out your own trash, and leave the bats alone

Whenever you venture underground you have to learn how to cope with completely different surroundings, circumstances, and the restrictions imposed. It’s a way to start exploring and discovering exciting new aspects of favorite pastimes with respect. You will also lose your sense of direction and time when caving.

What it feels like having a more extreme, terror and jaw-dropping experience?

On our second day of caving, we experienced more terrifying, enthralling, and jaw-dropping activity! Read my next blog post “LANGUN-GOBINGOB CAVE (PART 2-LANGUN CAVE): What It Feels Like Exploring The Wonders Of ‘UNDERWATER WORLD’?“

2 thoughts on “LANGUN-GOBINGOB CAVE (PART 1-GOBINGOB CAVE): What It Feels Like Exploring The ‘Biggest Cave System In The Philippines’?”

Hi! I'm Idas of Laagsparkles! I always love to travel! I capture beautiful places using my mobile camera and cherish great memories! What I love more is sharing my experiences! Let's travel together and share our wonderful stories to everyone! View all posts by Laagsparkles 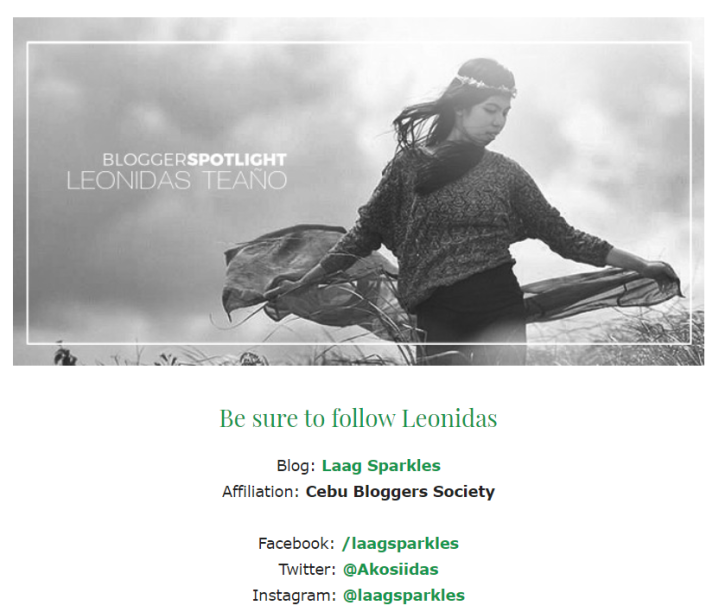 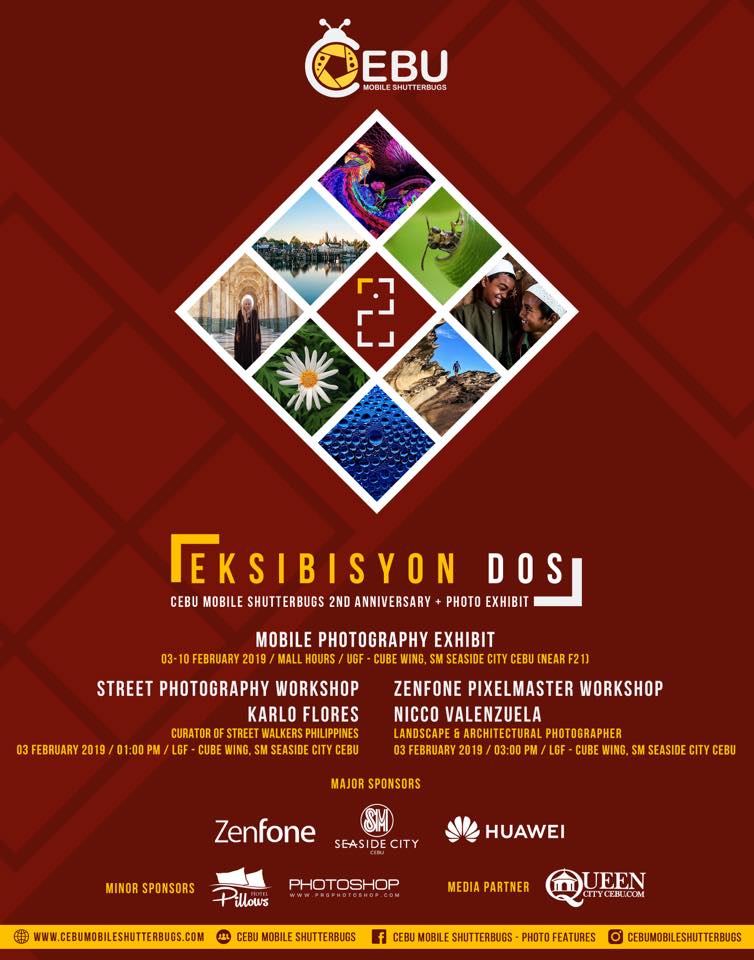